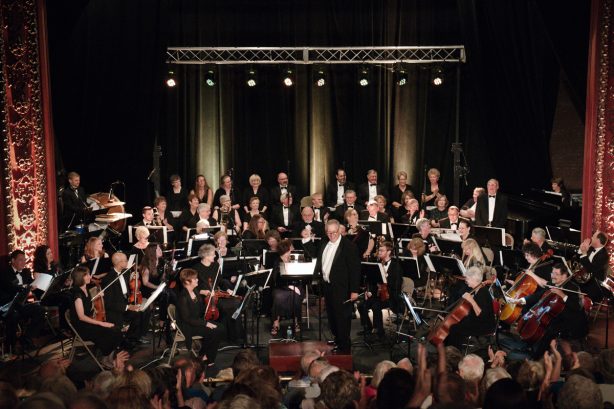 Murphy Auditorium brings big city theater and music to small town Posey County. The auditorium an historic performance space that seats about 350 and is used for plays, concerts, lectures and conferences. Built around 1912 by the Working Men’s Institute, it features a beautifully carved proscenium arch, which is a classic theater style that creates a “window” around the scenery and performers.

Elliot Wasserman, producing artistic director and chair of Performing Arts at the University of Southern Indiana, describes it as a “rare gem” of a theater.

Murphy Auditorium hosts many events throughout the year, including local, national, and international performers.

The New Harmony Theatre, which produced three popular plays in 2015, often features performers from New York and elsewhere, as well as providing educational and professional training opportunities for USI students.

Murphy Auditorium hosts many other events throughout the year, including performances by local artists such as Mount Vernon’s Wolfgang Orchestra and Chorus.